Ive recently been going through old photos, letters and talking with my Mum about the “old days”.  It was recently my Dads 4 year anniversary since he died and we’d been talking about the days (1980’s) when he had quite a well known, NW London Resturant on the Finchley Road, an old client of mine referred to as an “Institution”….due to all the 1980’s popstars that used to frequent it and all the stories my Dad would tell us about some of the things that took place there throughout the night.  His restaurant was one of very few in London to hold a Licence to remain open until 6am.  So you could say, it was a party place in those days.

While chatting to my Mum about some of my Dads stories from his restaurant in the 1980’s (“Emmanuel”), my brother walked in and we then began a 6 hour conversation, while reminiscing and laughing, through albums about our childhood.  The clothes were beyond ugly. Yet we all felt great in them! But we also noted, how different parenting, in the 80’s was compared to now.  For example, the word “playdate” never existed in those days.  You’d often be expected to do what the adults did, ie. the kids had to pretty much have a flexible (non “Gina Ford”) routine, where we lived as the adults did…not the other way around where the adults lives were dictated by the kids.  I don’t recall ever seeing “play areas” in my friends houses (no matter how big they were) as we were expected to bugger off to our bedrooms to play and hangout …..often making prank calls to local shops and restaurants for cheap kicks, playing with our Cindy or Barbies, Cabbage Patches, My Little Pony, dolls, and going to sleep with our “Glow Worms” under our arms.  Oh….and the AMSTRAD computer…which my older brother got for Xmas one year, while I sat holding a carrot and bag of coal (second child).

Calling anyone under the title of a 1980’s raised n’ bred, London child? The 1980’s (for me), is always filled with happiness, bankruptcy (not mine), The ‘A’ Team, The “Young Ones”, PEZ dispensers, WHAM, Madonna, Duran Duran, Sony Walkman (one of my favourites!), “NOW THAT’S WHAT I CALL MUSIC”, Top of the Pops, “Wide Awake Club” with Timmy Mallet, Gordon The Gopher with Philip Schofield (now a British Institution in his own right),

Sunday Roasts, playing outside in the middle of the high street (& cars would slow down to let you kick a football), BMX “THE bike” to have, roller skating constantly (with neon leggings) which ended up with me in Ealing hospital with a broken arm, 1980’s Music (BLOODY BRILLIANT), 4 TV channels only in the UK which (from what I recall….although this could just be nostalgia taking over, were TV shows we all loved.

It was FILLED with potential for us.  The films of that generaion alone provided us with a backdrop and guideline for how we should be living our lives. I recall the Giletter Contour Plus Razor adverts (yes, adverts for men shaving their faves, not pubes)…where Father and Son were shown with son being a baby to the day of his wedding….I cried…I believed….we all did….the 1980’s DID that to our generation. We were BELIEVERS.

“Footloose” (Kevin Bacon provided numerous day dreams for me in Catholic School), Patrick Dempsey holding a MAHOOOOSIVE Cassette player demonstrating “true love” to his 15 year old girlfriend, or  knowing EVERY SINGLE WORD to the songs of that time. GREAT songs. Songs even now, you hear, smile at, recall what you were doing at the time ….usually riding on your BMX, out in the streets of “Lunden”….in a time when paedophiles were still free to roam, waiting for the “A Team” to come on the telly while you ate sausages, chips, sugar loaded anything (well we did, you judgemental wankers) and felt oddly “happy” (and NO….kids were not taking drugs openly then)…. And a Film (or two, when I think about it) that will always remind me of that time.

Anyway….all my “happy memories” are from the 1980’s….Music, food, shockingly disgusting neon Acid House T Shirts, Margaret Thatcher (I’m Pro so F OFF now if you wanna go all Labour on me)….I JUST LOVED THE 80’s era. Sooo much badness, as it turns out for the adults, but SUCH a happy, free time/mind/era of love, for me. 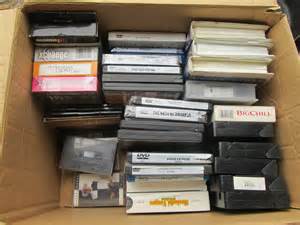 I have become a little aware, that my actions, or those of ANYONE around my children, DO actually carry consequences for them in later life.

Certain things I see parents/carers do, or now NEED to do, were not the norm when I was growing up in SW London in the 1980’s.

Just this past week, I have had to attend Maths and Literacy lessons at my 4 year olds schools, in order to equip us imbeciles, of how to do this “educating malarkey”, at home. To be fair, I assumed it would be a pointless exercise and not worth the £6.60 I paid to park outside the school, in Hampstead, at peak time.  Oh….and I waited 13 minutes for a parking space to be free too. With a growling, frothing, Camden Parking Attendant (Wanker) stood there observing not only my EXCELLENT Parking skills (hey, fuck off, I grew up with 3 brothers and have seen some horrific YouTube “anti-female/all in jest/check this bird out/parking” shit). I park my car quicker than any man. If I ruin my alloys….? Well….fuck it. You cant have beauty, big boobs, incredible body, single angry Mum of 3 (the list of pros are endless)….AND a great “non car park-curbing” woman.

That said, my little, gorgeous, 4 year old “Pookey”, AKA “Mrs Chan” has 5, FIVE, Parent/Child/Teacher led classes, all us Parents are “recommended to attend” otherwise the world will fall apart and life for your child will mean a jobless, emotionless, void, due to ones lack of obvious care.  And btw….calling my youngest “Mrs Chan” is not a form of being racist because we refer to her with a common Chinese name due to her simply being born in Hong Kong. That’s it.  I grew up in the 80s, so I’m now pleading ignorance if a comment like this is considered soooo UN PC, I should burn in purgatory for a good while.  I felt I should flag this up, before some obnoxious troll attempts another half arsed attempt to undermine me….simply because they’ve nothing else to do during their lunch break (possible?)/Job Centre app (doubtful)/sat in their office somewhere/at home parent feeling pissed off…teenager (?!) …who cares.

I am (just to be clear here), a SW London born girl/woman/oxymoron, raised by Iranian parents, with a slight “exotic dusting” to my appearance (this comment BTW was made by a Heathrow airport staff member, circa 1987,while trying to find “anything” in my shitty brown (non wheely) suitcase…(my grandmas suitcase to be fair). My tiny suitcase, which had a HUGE photo of”Michael Jackson” laminated on the front of it (cut out from “Just Seventeen” magazine two weeks before) and  full of “duty-free” fags, had already passed all customs checks thanks to a “white” blond guy with blue eyes standing next to it and picking it up by accident…. Now…THAT would be racist, no? I’m of course joking. I was 9 years old. therefore not breaking the law, nor am I telling the truth now.

However….if one were to discuss racism in the airports….well….lets just say…The EX Captain experienced some

Anyway….as we all know by now…I was educated in a Twickenham Catholic School run by REAL Irish Nuns (in case you thought they were “Fake”), where daily “Mass” before lessons was an “optional” requirement… I’m not being childish. I will refer to my youngest as “Pookey” or “Mrs Chan” from time to time.  We all do.  This is because she was a) born in Hong Kong b) Reacts to NUMEROUS daily social situations like a Chinese citizen would (not a Hong Kong Islander, I’m talking local Chinese mainlander….spitting/fighting to get through an open door before ANYONE/being rude JUST for the hell of it….oh…and assuming the Playground is hers, simply because the air in China CLEARLY affected her social skills…..something we are still trying to “reset”… I’m not generalising or anything….just stating facts in playgrounds I’ve LIVED in for 4 years before we returned to London. The local kids were super aggressive, had zero appreciation of anyone else in their immediate surroundings, and generally assumed the playground/air, was theirs alone. You could usually spot some poor Filipino Helper sat there with 4 mobile phones (as well as head phones) talking vigorously to family/friends/anyone….just to avoid minding this horrific child.

Anyway…. I have a Jewish ex husband (you recall my stories) after I converted to Judaism after 18 months of Monday night sessions at a Rabbis house, learning Hebrew?!  I  have THREE Jewish children FFS.

SOOO, again, just to cover all legal/non legal/potential claims of racism….when I call my youngest, “Mrs Chan”….its because she was born in Hong Kong. It makes us giggle. End of.  Plus she is totally HK in her aggressive, spitting, burping, lack of consideration for any Westerner, “get the fuck out of my way you Gweilo” mannerisms. OK….that was RACIST. I’m not racist at all though. I HATE racists as much as I hate bullies.  Same shit, different pot, both just as ugly as each other.

Kiora – the drink, not some date rape drug…

Michael Jackson was a King.

Dressing like a neon lightbulb with permed hair and a huge crucifix…hoping no one would notice you were not (a) Madonna (b) in need of a perm with crazy curly hair already and (c) Why leggings and lace gloves with pompom skirts and crucifixes?

“The Garage” on the Kings Road in Chelsea where I got my second ear piecing (in same ear) before my Dad turned up to collect me in a Gold Mercedez Benz (Iranian Stylie, with Iranian Music blaring out the window….because he didn’t give a crap about racist haters), calling my name (using EVERY SINGLE SYLABLE in the strongest Iranian accent known to anyone from London).  This was usually with 800 relatives crammed into the back of his car as well (we never leave home without the tribe).

Kensignton Market for my Gothic fix of black tassled skirts and DM boots (ok more 1990’s for me)….

What an AMAZING singer, songwriter, person. My Dad used to throw him out of his restaurant, Emmanuel (Swiss Cottage) “all the time” back in the 1980’s for being “cheeky”….I felt winded when on Christmas day… George Michael, THE George Michael, died.

I grew up on his music. Loved him. My thoughts are with his family. What a LEGEND.

I love this photo of him x 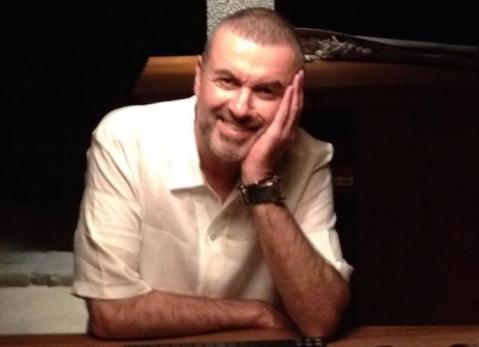