Where is my frigging knife &…erm… potty training…again…

Ok… soo….My BELOVED KITCHEN KNIFE… given as a wedding gift (and part of a 6 group) … has randomly disappeared in the last week. Disappeared.  How does a knife just get up and leave an apartment? Its a KNIFE for fucks sake?!

I mean, where does it go?  Is it also having Sundays off and forgot to come home until “2 for 1” hour was over?  Is it sitting on a beach somewhere in Repulse Bay, waiting for its owner/mates?  Is it meeting up with other knives on its day off and talking about how bad I am as a knife owner?  I don’t care.  The point is…how does it disappear?  Its become a conundrum… *FYI…Photo below of a Rubix cube (being an 80’s child n’ all) seemed my only way of showing a conundrum…

Now…. I know what you’re thinking....”this crazy bitch has faaaar too much time on her hands to wonder where the frigg this knife has disappeared to…” but seriously… WHERE IS IT?!?!?

How do you lose a sharp (and I mean, “Plastic Surgeon” sharp) knife in an apartment….with three kids…under the age of 3 years old (yes…. don’t remind me)?

I’m worried that (a) its been used to cut something (usually celotape, post, Park n Shop deliveries) and forgotten about in our apartment…now lurking for an inevitable eye/leg/police report when “Mummy was drunk” injury with my kids…or (b) its off in Kowloon or Wan Chai…working the tables… earning some cash… never to return again….unless its on Asiaexpat with tales of abuse.  How does a kitchen knife, that lives in a block of knives, disappear? Seriously….its annoying the shit out of me. Stay at home Mum or working Mum… this is really irritating me.

Plus…lets be honest.  I know, that knife was taken out on a day off, or maybe while out with the kids (Chinese kids are harsh in the playground….c’mon) but just ADMIT you took it.  I kinda get why people who go mad while interrogating some criminal suspect loses it (when they know someone is lying….)… you just want them to admit the truth. i.e.. “I took the knife out with my friends to demonstrate my karate/kung fu skills while working with my English/Iranian (obviously terrorist) family and accidentally killed someone, so I tossed it in Wan Chai, and its never to be seen again”. I would accept that.

But did I get an explanation?  Nope.  My Helpers response (No.2) “ Knife?  There was another knife? In that block? Really Madam… Are you sure your drunken eyes don’t deceive you?”

My response… “Yes, that bright pink knife with the Mickey Mouse motif (from Japan Homes...love that place), does not match all the black ones.  Did you take it out? Please just tell me so I can stop the stupid search.”  Helpers response (No.2, not favourite number.1… “No…maybe you lost it when you were drinking Maaam…”

In the last week, what have I been doing?  Aside from scratching my arse, irritating the Help/Kids/Husband/neighbours… Ive been looking for a knife.   A knife. We know its gone for good (no one but me seems to be searching for it,which is always a sign it’s buried in the backyard under the rose-bush (if you live in Sai Kung), where our neighbours dog continues to sniff)…. but I just need to know where it is. 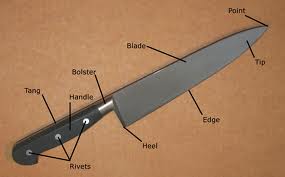 That is what my life has become.  I think I need to go back to work….

On a separate note, something has occurred in the last 2 weeks…Scratchy (Twin B…Bigger twin.Boy) has regressed with the potty training situation.  Has anyone else experienced this?

I am going out of my mind with the smell of shit.  I actually walk away from situations rather than lecture/talk/discuss in-depth as now, it just sounds stupid.  I don’t think my Son gets it.

For a start, I think he only speaks Filipino.  Seriously.  All my kids do.  Well, that, Farsi and bits of English.  Thank the Lord for help.  If I was home..I’d be losing the Mummy plot and probably (if I’m honest) screaming, about it after months of books/talks/potty training etc).  I mean, I have sat there…with a stupid arse book about a dog doing a shit in a toilet.  I also learned (myself yes, embarrassing) where shit goes.  I mean…. really….I need to being cooing and aching over this shit (literally)? Fuck off!!!!

I think, since I discovered having help (the twins were 8 months so I was used to doing everything alone…plus I had to look after The Captain too).  I know, because I’m sooo spoilt…I can’t even stomach the smell of vomit, bad runny shit and anything that looks like an angry bully of a Chinese kid in a playground (seriously… I HATE horrible kids. The piss me off).

Our Helpers here are like family.  We are so blessed.  Anyhow…. after a few in-depth conversations with my three-year olds (last resort), I assumed, everyone understood that crapping in our Pampers pull-ups was a huge “no-no”.

Apparently, my Son didn’t get the memo…and then chose to smirk whenever there was a “mishap“. Something that gets under my skin and makes me want to scream/punch a Smurf/shout at The Captain later. A smirk at the age of 3?  What the fuck is going to happen at 15?  Bring it on son, bring it on.

You have no idea who your parents used to be.  I alone was a fucking nightmare, the Captain?  There are stories going back to the 80’s which I can’t even print.  Our kids have NO IDEA who they are messing with.  The fools.

My Son has suddenly started shitting and pissing…well…everywhere.  I don’t even think he realises its about to happen until…well… you know “touching cloth” happens.  He then walks around like a Sumo wrestler waiting to take a dump.  We discovered him peeing the other day by our swimming pool (not private) but in a hedge none the less.  Apparently “Daddy said it was ok“.  The Captain denies all knowledge.  I pretended he wasn’t mine.

Anyhow…his sister… the smaller one…4lbs 9 oz … The one I always worried about. I still ALWAYS worry about because of her coughs and hospital visits for asthma related issues (2 visits in the past year, sleeping next to her cot, 4 or 5 days minimum, she can’t catch her breath)…. she’s fine with the whole potty situation.  I thought she would be the one to keep an eye on.

She’s now, going off, with an encyclopaedia (in Mandarin, written backwards) and screams she’s done a “big poo” so we can go get her for the joyful cleanup.  Our daughter now thinks that she needs to announce every dump, to everyone.

And because she has a huge bunch of Shirley Temple curls…everyone wants to help.  I’ve seen people run across public toilets to assist wiping my daughters arse.  Very disconcerting.  We explained to our little girl that this is not acceptable (no matter how adorable) in public, but she still insists on telling everyone when she takes a dump.  She told the Taxi driver recently after sunday brunch at The Hyatt that she’d done “a big poo”.  He smiled and said he would take us to “Kowloon”. I don’t even know how that translated to “Kowloon”, although..it is considered the “dark side”.  She continues to ask for stickers/chocolate/Vodka (so proud) whenever she’s done…

Her twin brother,  5lbs 12oz, first born, massive lips/ears.  I thought would be the quicker one due to size and my zero knowledge of kids. As it turns out…size doesn’t mean anything to, well, anyone.  In the last few months I’ve changed their cots to beds, taken diapers off altogether at nap times, treated them a little bit older ie. “Do you want Vodka or Whisky with your pre-dinner aperitifs?”  My daughter has blossomed and my Son has regressed.  My daughter insists on patting her twin brother on the head and telling him “Its time for poo before stories”.  I wanted to die from pride and regret, all at the same time.

Now I get my parents…slightly.  You can’t balance different people that easily.  If one twin is sooo bright, how can you not help but encourage them?  However, the other, is different (not slower, DIFFERENT) and they are watching, as I still do, even now as a grown woman, with 3 brothers (and I was never the favourite).  I don’t want them to think I love one more than the other, ever.  But at the age of 3, I know they already do think this.  Do we all have a favourite?  You are lying through your teeth if you say you don’t.  If you don’t, please share your wisdom.

Anyhow…lets go back to the potty situation….

After having a looooong chat with the kids about taking the bars off their hotbeds, going to the potty, bla fucking shoot me bla, they agreed to behave and stay in bed for their lunchtime naps. Until I got them out, around 3/4pm ish (or whenever “Happy Hour” at the clubhouse was over).

This is what happened in my Sons bedroom.

He literally opened every drawer he could reach and took everything out of his cupboards, shelves, bed. under his bed, under the floorboards (I’m sure, if we bothered to check)… you name it.

He was naked when we found him. NAKED. And, smirking.  The cheeky sod…*Photo below… of my Son (AKA “Satan’s”) room.

What was my reaction after seeing his room??  I backed out, stifled my giggles (took a photo obviously)…and walked away.

If I was living back home in London, alone, without help…would my reaction have been the same?  Doubtful.  I think I would have gone fucking nuts because of the mess (he literally emptied every drawer). But…this was pretty funny…. I didn’t have to tidy up.  Thank fuck for Help.