Satan at it again… 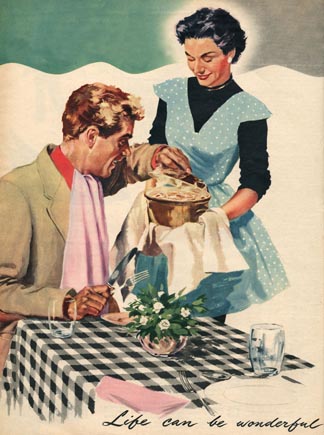 Someone shoot me now…or lead me to a bar so I can drink until its dry.  Shit…I’m pregnant!!  Ignore my last comment until February.

So, this week, my 21 month old son, AKA. Satan, is at it again. Screaming, crying, spitting his food out, throwing toys, bullying his twin sister, banging on the walls when he’s been put in his cot for time-out and today, he not only threw but then kicked his favourite toy car breaking a wheel off in the process.  It was at this point that I was soo frustrated that I bit my lip really really hard (so as not to slap him!) and its now blue and black in colour (that’s how hard I bit it).

Despite sharing a womb with his twin sister (although separate amniotic sacs/placenta etc), he’s totally different (she’s nice for a start!). Where she’s kind to everyone, friendly and incredibly talkative, hitting every milestone required…he’s becoming worse and worse, not to mention more jealous of her as a result.  I want to split them up at nursery so they can both grow.  PLUS, my son gets waaay more attention than my daughter in any event, due to his despicable behaviour.  We have tried everything from ignoring him to time-outs (which I will pursue) and although he’s better behaved when I’m around, the minute I walk out the room, he’s back to being his new brattish self.

As of today we discovered Satan can now climb out of his cot.  Great. Just fucking great.  The one place we knew we could keep him safe while he was having his meltdown, is now something new for him to climb out of.

On top of that, The Captain is driving me insane.  He has a habit of making huge sweeping statements that make my blood boil ie. “What you will be doing once the Baby comes and we have another Domestic Helper in the house?”  Errrr…. what the fuck??  Just because we have another Helper to help with the kids doesn’t mean anything.  People with Twins in Hong Kong know that most schools, playrooms etc wont allow any child under the age of 2/3 go to anything without ONE ADULT PER CHILD.  This means that, to date, I am one of the only Mums (among a sea of Filipino Helpers) attending all the school/playgroup stuff.

Now we have finally hired someone to join us next year to help ferry the twins back and forth from school etc, I will be stuck in-doors (again) with a newborn baby.  The Captain stating “Soooo….what will you do then when there’s 2 nannies around?” made me want to reach for his ball-sack and pull it as hard as possible!

I mean, what does a newborn baby entail?  Hmmm…. let me think for a minute.  Feeding every 3 hours, no sleep, constant puking, shitty diapers, making up endless bottles of milk, sterilizing, washing and changing about a 100 times a day as poo or sick has got on baby-gros/muslins/bibs bla friggin bla.  Not to mention your hormones are going nuts and (if they have already been fucked while pregnant) will be a zillion times worse once baby comes to not only deprive you of sleep, but you will want to harm your Husband for making such undeniably insensitive comments.

I’m lucky to get a full nights sleep now with twin toddlers and ONE nanny in the house (our current “Nanny” by the way, can’t cook fuck all, bleaches all our clothes, ruins all the furniture and forgets to lock our doors/turn the gas off).  Sure, having two people here to “Help” will ease the burden with our twins but that doesn’t mean I will be handing my newborn over to Helper A who doesn’t have the ability to move quickly on her feet at the best of times.  Nor will I hand Baby over to new Helper B, who hasn’t even started with us yet and nor has she never looked after a newborn child.

Yes…. dear Captain, my life will be soooo easy with our newborn as I’ll be sat here, sipping Cosmos and topping up my suntan while our Satan Son runs amok, our daughter is being bullied senseless by him and the newborn baby (who we will have to watch constantly due to Satan’s reaction to girls) is being fed contaminated Milk as Helper A can’t wash a fucking dish properly let alone a million bottles (I currently re-wash everything and have explained a thousand times you need to wash-up with HOT WATER!!!).

Yes, I cant wait to have not one, but two women in my home doing my head in daily, just so I can have help with our kids.  Ungrateful?  Me?  Tell someone who gives a shit.  I’m all done with apologies here.  Oh, AND The Captain wants a dog.  I told him to go fuck himself, with a pencil sharpener.  What is it I do all day?  Well  apparently I sit on my ever-expanding pregnant arse, eating chocolate and watching E! Hollywood.

Bring on baby number 3 please…. then a plane ticket back to London.  I’m soo over Hong Kong.

ps. On a separate note, the family and I went on an excursion to Hong Kong’s Disney Land for the first time since moving here.  Look what some die-hard Disney fan had piled high in their car …. weirdo. 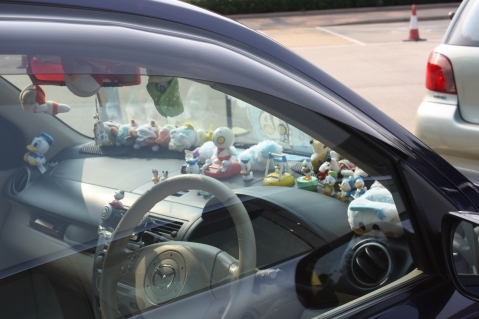 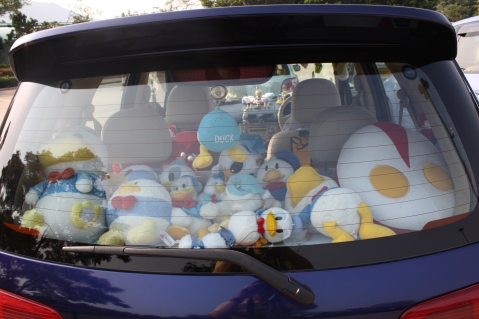 A (40++) Punk “wannabe”. London born/bred, parent of 3 children under 18 (twins included). Divorced. A great cook. Shockingly argumentative after 8pm on a Monday evening...
View all posts by YYTM »
« Previous post
Next post »